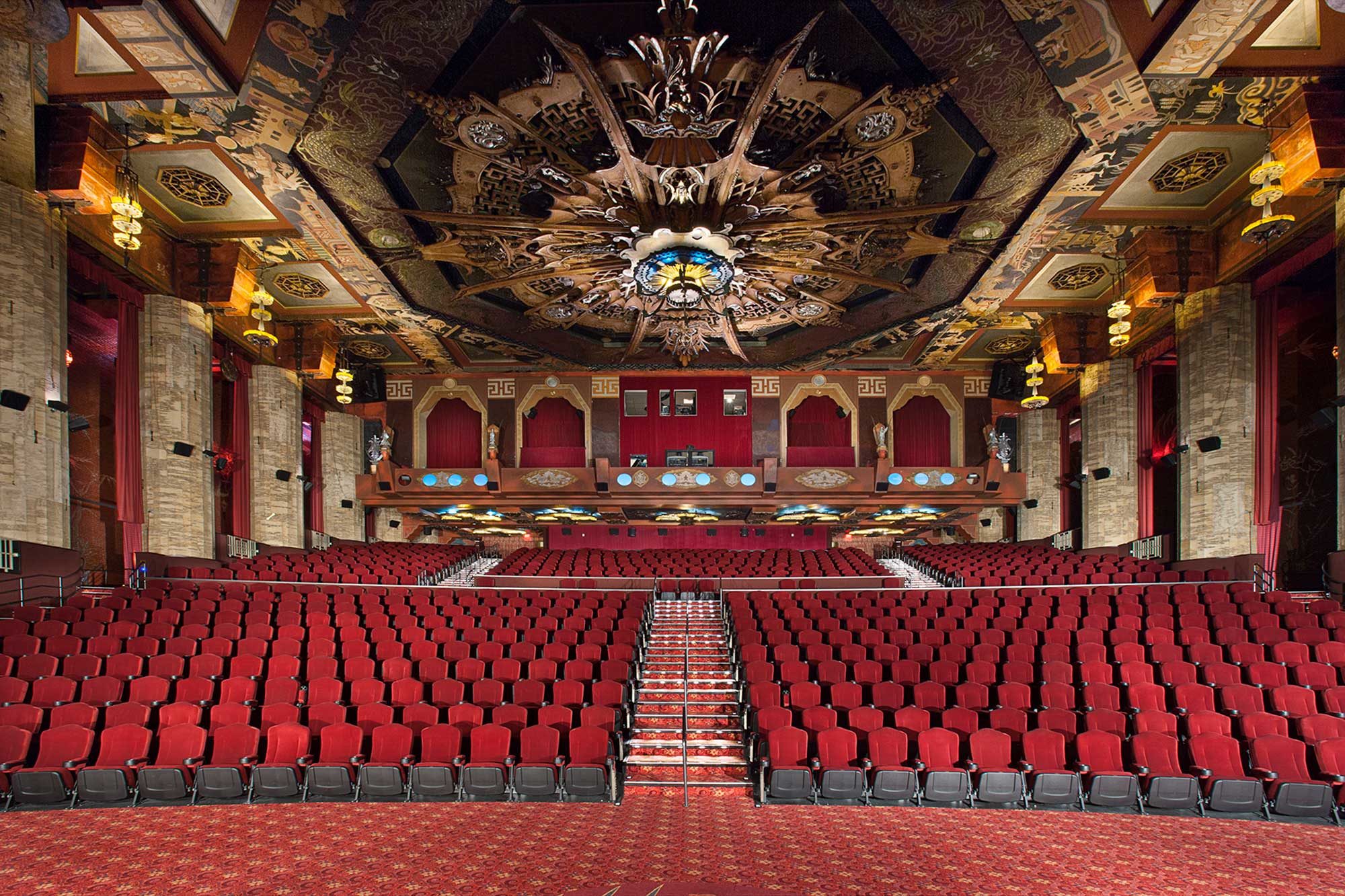 The Grauman’s Chinese Theater was originally completed in 1926. The renovation of this theater consisted of a full stadium seating retrofit, addition of two projection mezzanines, and the third largest IMAX screen in North America. For the lower level stadium seating, the existing elevated cast-in-place concrete slab over the basement was modified to allow the seating to extend into the lower level. The upper stadium seating area was built-up with concrete over Geofoam that was supported by an existing cast-in-place mechanical plenum that required analysis and strengthening.